ROTARY CLUB OF THE PLAINFIELDS

Following several visits to the Rotary Club of New York, plans for the organization of the club were formulated with the help of James G. Orr of the Elizabeth Rotary Club.

The club's charter night celebration took place at the Park Club on January 10, 1922.  William L. Smalley acted as Toastmaster.  The first officers of the club were as follows:

Over the years, the Rotary Club of Plainfield was served by community leaders, their sons and grandsons.  During the club's fiftieth year, membership included Ralph J. Smalley, Jr., the grandson of the first president, and three other members who were also grandsons of charter members, and three father-and-son teams.

Rotary's early membership reflected a "Who's Who" of Plainfield, with names easily recognized by those familiar with Plainfield's legacy.  Hetfield, VanArsdale, Seidler, Loizeaux, Runyon, Smalley, Blatz, Higgins, Hubbard, Warlaw, Cook, Fort, Lathrop, and Mathewson are names known and remembered for their many contributions to the City of Plainfield.  Many of these names can be found on parks, schools and other buildings.

The Rotary Club flourished with the growth of Plainfield as the "Queen City".  The club supported the needs of the community through the committee structure of Rotary International.  Some of the club's projects and contributions to community and international service are listed:

In 1985, Rotary International finally changed its constitution to allow women members.  The Board of Directors of the Plainfield club quickly amended its own Constitution and By-Laws to eliminate any restrictions on women's membership.  The Club then inducted the first of many women members, as reflected in the current membership.

Early in 1999, the club petitioned Rotary International to change the chartered name of the club to the Rotary Club of Plainfield-North Plainfield.  This designation more accurately reflected the balance of membership between both communities.

In 2018, the club again petitioned Rotary International to change the chartered name of the club to The Rotary Club of the Plainfields. This name change reflects the fact that we draw membership from all three communities - North Plainfield, Plainfield, and South Plainfield.

The members of the Rotary Club of Plainfield-North Plainfield have gathered for thousands of weekly meetings since December 1, 1921.  In all, the Club has served the communities of Plainfield and North Plainfield with pride and distinction for nearly 100 years, a tradition reflected in Rotary International's motto - Service Above Self.

Sponsor of the Month
SPONSOR OF THE MONTH Please patronize our sponsors - click on the image to visit the MyCentralJersey website or go to www.mycentraljersey.com 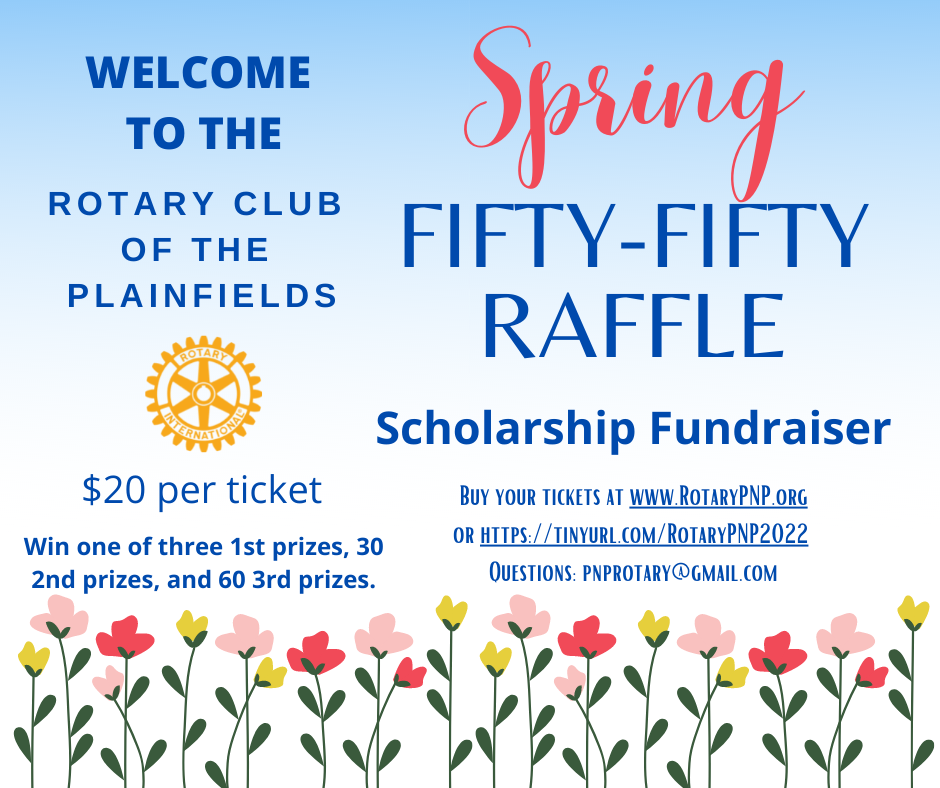